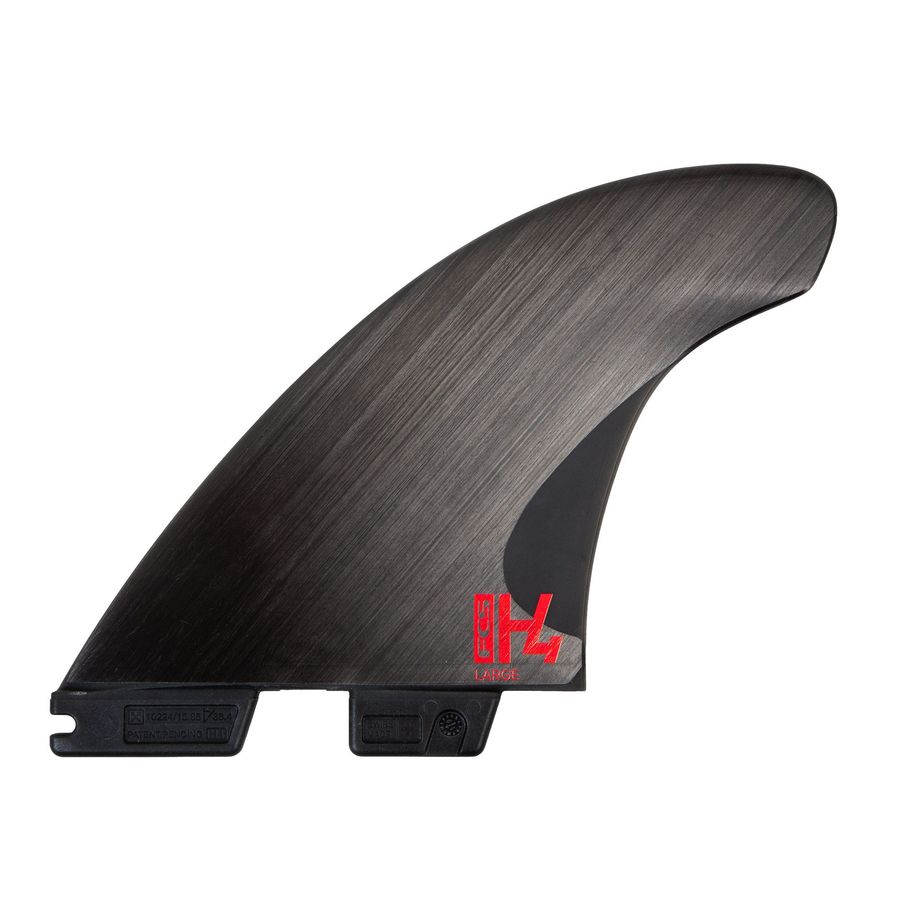 THINK SPEED
The H4 looks and surfs different to any other fin. Precision Swiss engineering matched with a highly evolved template provides an unprecedented level of control and predictability at high speeds.
THE FUTURE HAS ARRIVED
Specialised Swiss construction using the latest in robotic automation, ensures absolute accuracy, resulting in a fin so fine-tuned, nothing is left to chance.
TWO UNIQUE TEMPLATES
Highly efficient foils, combined with two radically different centre and side fin templates, provide an unprecedented level of predictability & control at high speeds.
RADICALLY DIFFERENT SIDE & CENTRE FIN TEMPLATES
Creates a powerful fin set with ultimate speed + drive that doesn’t compromise control or maneuverability.
ABOUT THE MATERIALS HIGH DENSITY CARBON FIBRE
Custom uni-directional orientation means more of your energy is transferred into speed than any other fin. Light and super strong. The primary use of injection moudling, combined with fused unidirectional carbon, allows us to achieve synergy between all the materials and the geometry of the fin, to create a flex that’s best described as intuitive.
RRP:
NZ$ 259.00
Price:
NZ$ 199.00

View your shopping basket or browse other items.